We can install a new boiler in as little as 24 hours. Don’t delay, if you are cold and need a new boiler, call TODAY!

Or fill in the form, and we’ll call you.

James contacted us after recently moving into a new property and discovering the existing system wasn’t going to meet his requirements for a comfortable heating and hot water system.

After an initial conversation to gather some more information about his requirements, we found that a bathroom refurbishment was going to take place shortly, with a powerful shower being one of the main requirements. During the survey it was decided that a Vaillant combination boiler with a kilowatt rating of 32 would be the best option, as this would be more then capable of heating the house efficiently but would also match the mains water pressure of just over 12 litres per minute. This means that, as requested, a power shower could run straight from the boiler without the need for a separate pump.

The installation took a total of 3 days, as much of the system was removed, which included tanks in the loft and the cylinder in the airing cupboard which gave James the added bonus of extra storage space.

James also received a 10-year warranty which he was more than happy with as his previous property boiler had started to cost a large amount of money, partly from continued breakages.

Watch what James said about his new boiler installation with The Boiler Replacement Company.

Get a New Boiler Installation Quote

The Boiler Replacement Company are boiler replacement and installation professionals based in Essex. Contact us to discuss your new boiler.
Company No.: 08433352
VAT No.: 230 2198 45
Facebook-f Twitter

Why use The Boiler Replacement Company?

What do you need to know about boiler warranties, guarantees and certificates?

What is Boiler Plus?

Why should you have an annual boiler service?

What does it mean to be a member of Which? Trusted Traders?

How do you clean and maintain your heating system? 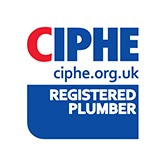